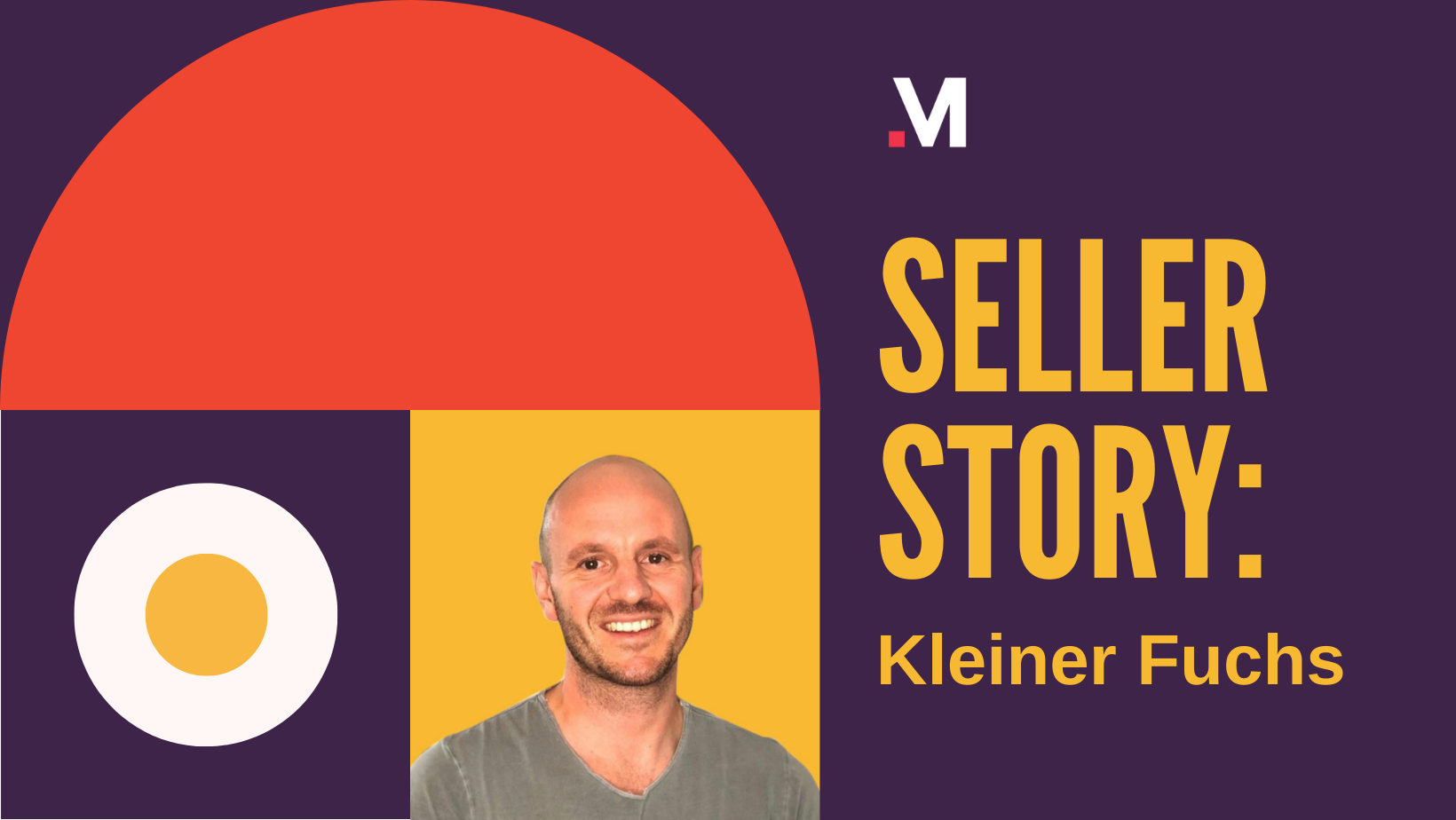 Timo created Kleiner Fuchs as a way to bring sustainable, environmentally conscious plateware to the classroom. What started as a small side project quickly evolved into a successful online business. 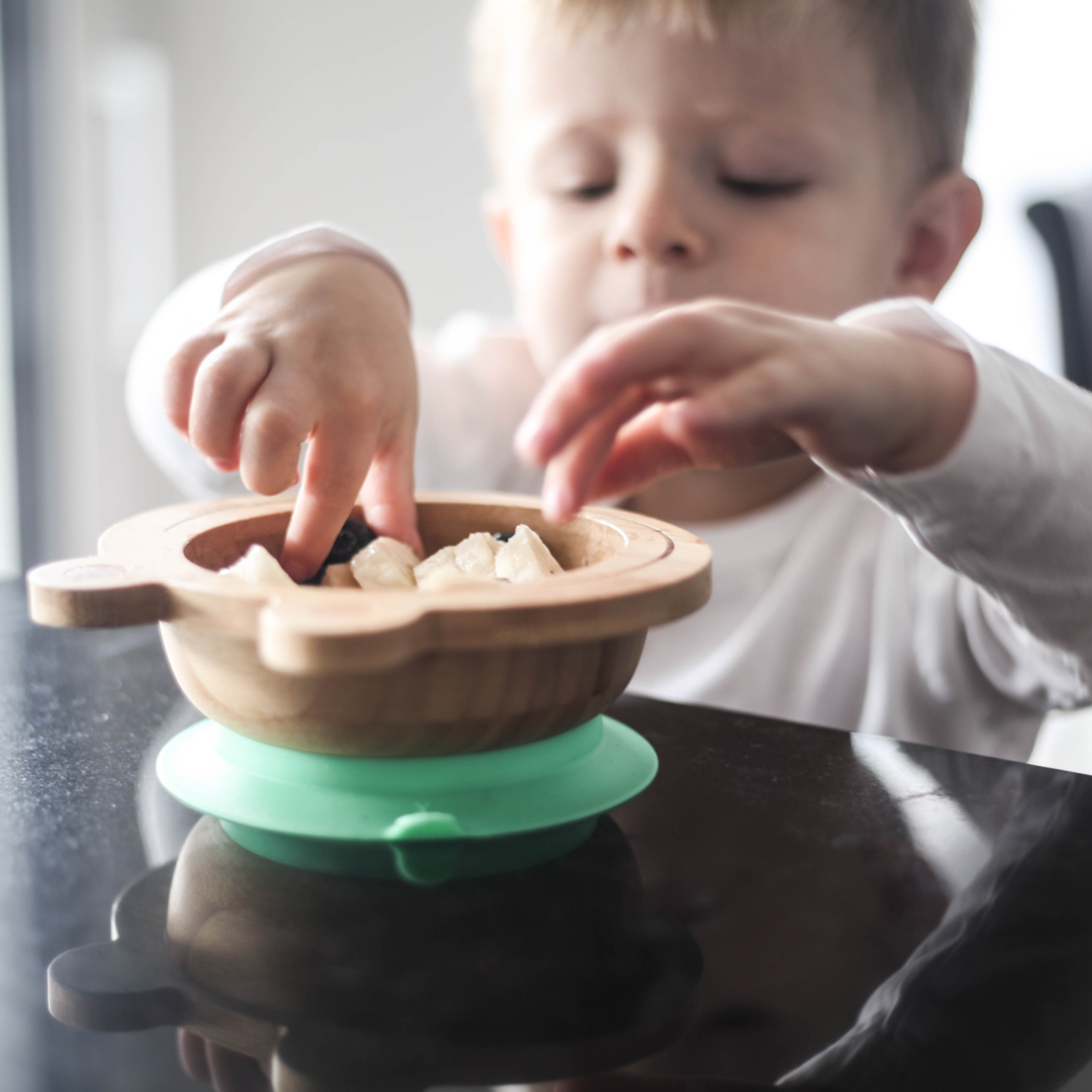 What started as a small side project quickly evolved into a successful online business.

Timo wanted to sell in order to move on to other business ideas he had, and Mantaro offered a quick and efficient transition process.

Check out the full Q+A with Timo below to learn about how he came up with Kleiner Fuchs, his incredible brand growth, and why he wanted to sell.

How did you get started with Kleiner Fuchs?

So, this whole thing is a family project. In 2016, my mom had mentioned to me and my sister that the kindergarteners didn’t like having to eat with plastic products and they wanted an alternative. From there, I began my journey to see which materials I could improve and use as an alternative to plastic.

And that is how Kleiner Fuchs was founded.

We initially used bamboo which we discovered is great for nature and our planet, and we even added suction at the bottom so you couldn’t accidentally move the product. After that, we decided to launch the project!

Describe your day-to-day as you were building Kleiner Fuchs.

It was twice as hard as having a full-time job and building Kleiner Fuchs - especially in the beginning phases - was very difficult. You have to design the advertisements, wondering “will everything work for the parents,” the transportation, and so on. It was a long, 2 year process that I had to endure, but it was worth it at the end. 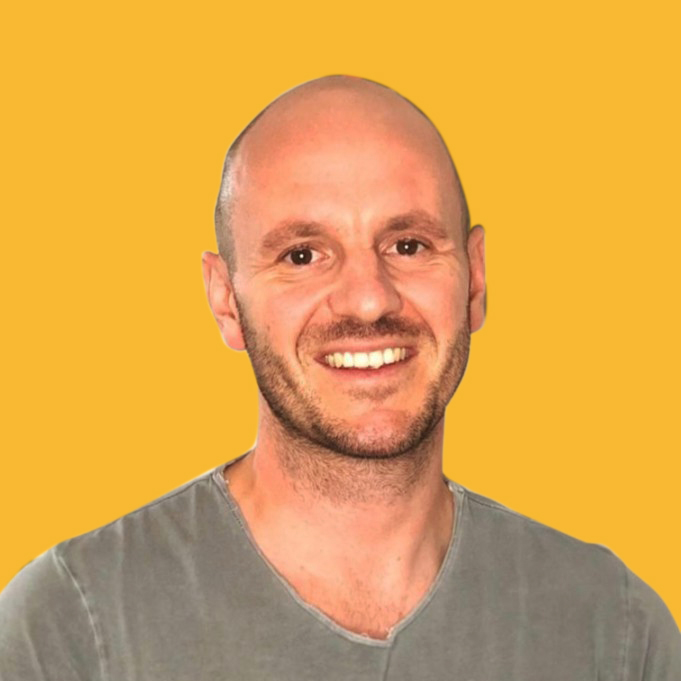 "The process of selling was well-structured and simple. Mantaro was super helpful during the onboarding process while answering all questions regarding legalities. There was no-nonsense and it was basically foolproof."

I honestly never thought about selling Kleiner Fuchs. I came up with the idea, to continue to build, and improve. But I realized after 3 years - 2 of which were twice as hard and 1 year being independent - that there are so many roadblocks. From keeping up with deliveries and making investments for 3 years, I thought “how can I build on that and who could I work with?”

To be honest, it was more of a passing thought. I had a simple business and that was that. But then a few weeks later Mantaro called me directly and I spoke with a buyer. It was really pleasant and wasn’t even about selling the company, but rather someone who was genuinely interested in my idea behind Kleiner Fuchs and how it was built. I found it really interesting how they saw my company and product, so we stayed in touch.After a while we met up and exchanged ideas which was very interesting for me. The Co-Founder at Mantaro called me and said they were interested in Kleiner Fuchs and wanted to know how we operate.

That was how I began my journey with Mantaro. It was always important for me to stay part of the brand and I bring the experience and expertise needed. I know the industry and what the target audience wants. And I knew, since this has been a family project, how to bring in more expertise. And Mantaro has a lot of interest in that, so we continue to work together. I am very interested to see where this takes us!

I didn’t even see this as a process - and more of an exciting, professional adventure. Especially since I didn’t have any experience in selling, the legalities behind it, how the model looks, and they showed me in a very professional way how it works. I was able to do my own research and ask questions, and it was all handled so well which is why I chose Mantaro.

Did you want to continue working with Mantaro after the deal?

Absolutely, I thought about how I had built all of this experience and I could bring this to Mantaro for the whole team who has worked on this for the last few years. I was always fascinated by the idea and they were super open to it and said yes, let us both build and grow together. Let’s make sure to get this going the right way.

What advice would you give other entrepreneurs in your situation?

Looking back, a very important motivator for someone who wants to sell their company or even if they’re just interested, is to listen to their gut. Of course it’s important to think of the numbers, their appearance, and how they communicate. Do they communicate slow, fast, all of those things are important. But most of all, listen to your gut.

“How am I feeling about this” means you are on the right track.

The process of selling was very well-structured. Starting with the offer, it was very simple. It was all very professional and easy to navigate. There was no nonsense and it was basically foolproof. It was important for me to be able to understand everything, especially because I didn’t know what we were doing. The offer looked great, next was the inspection of the company which has been a very transparent process. It also went very fast as both sides had easy communication. Even the final steps and legal process was super smooth. I would even say the process was fun!

All of our Seller Stories and Case Studies are written and published with full consent of the brand owner. These assets are for general information purposes; they are not guarantees of future performance and undue reliance should not be placed on them. The performance, financial results, and projections for the products or sellers in these assets may not be parallel in others. 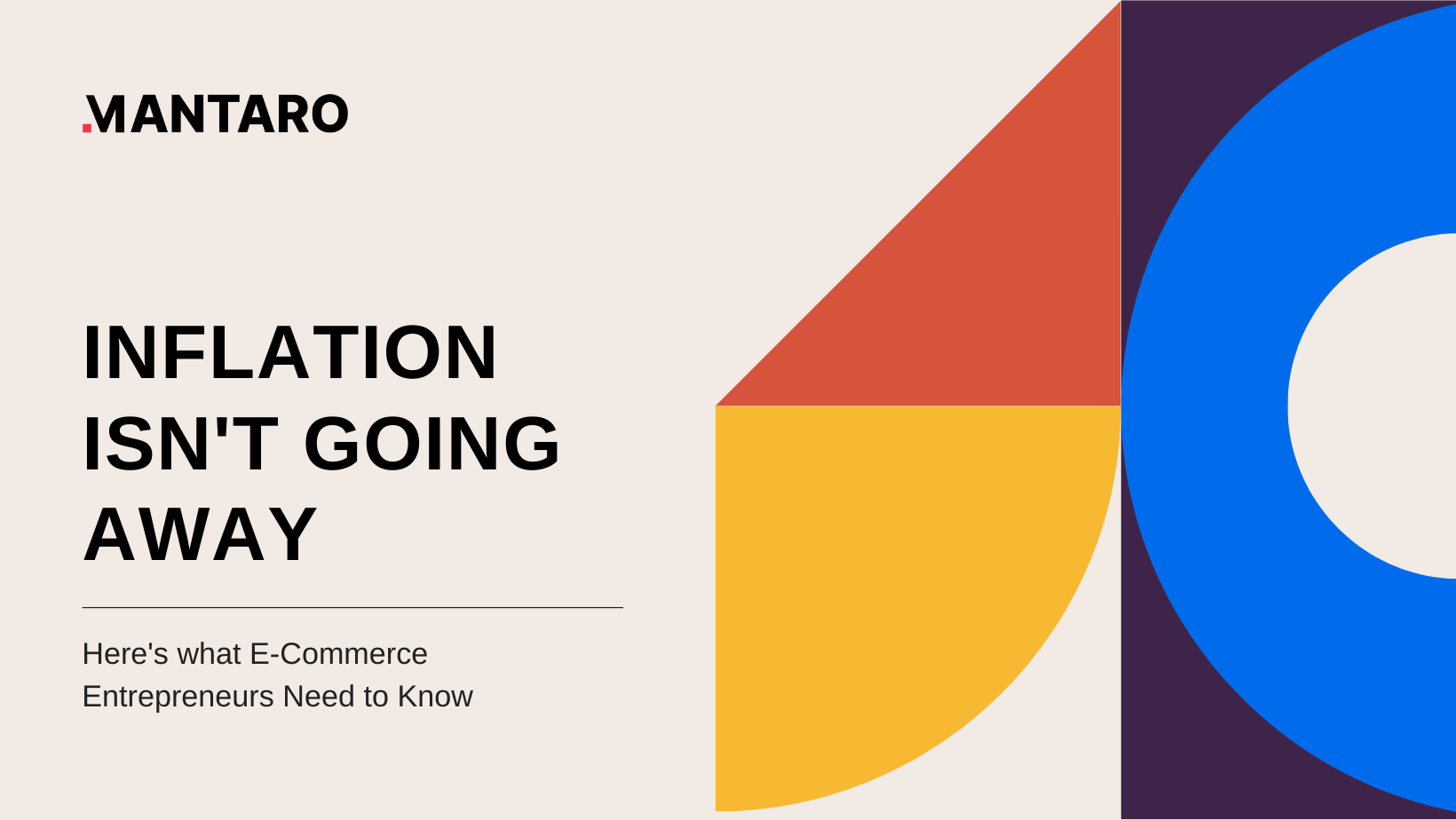 What happens when inflation doesn’t go away?

Everything we think E-commerce entrepreneurs need to know about inflation 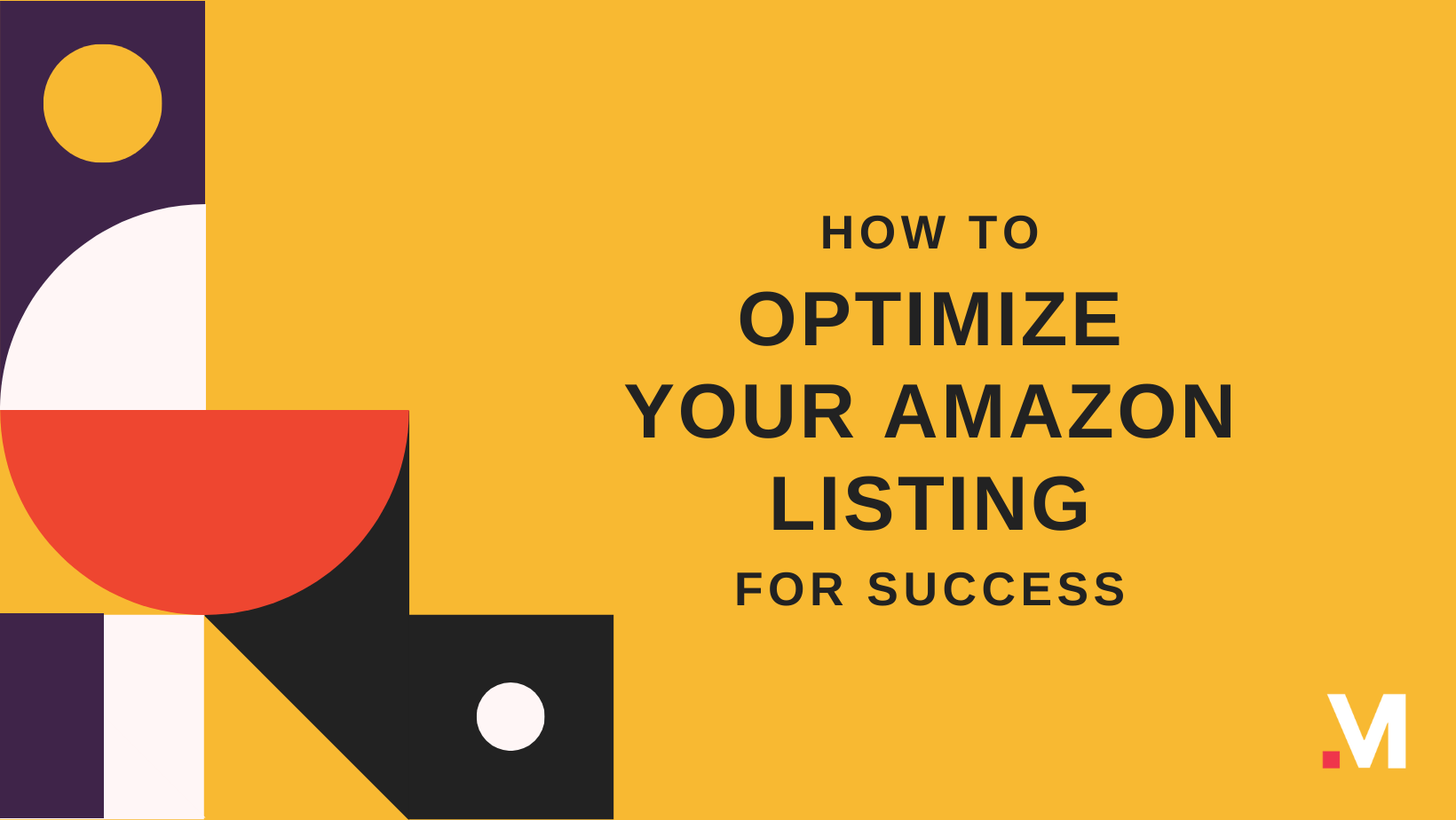